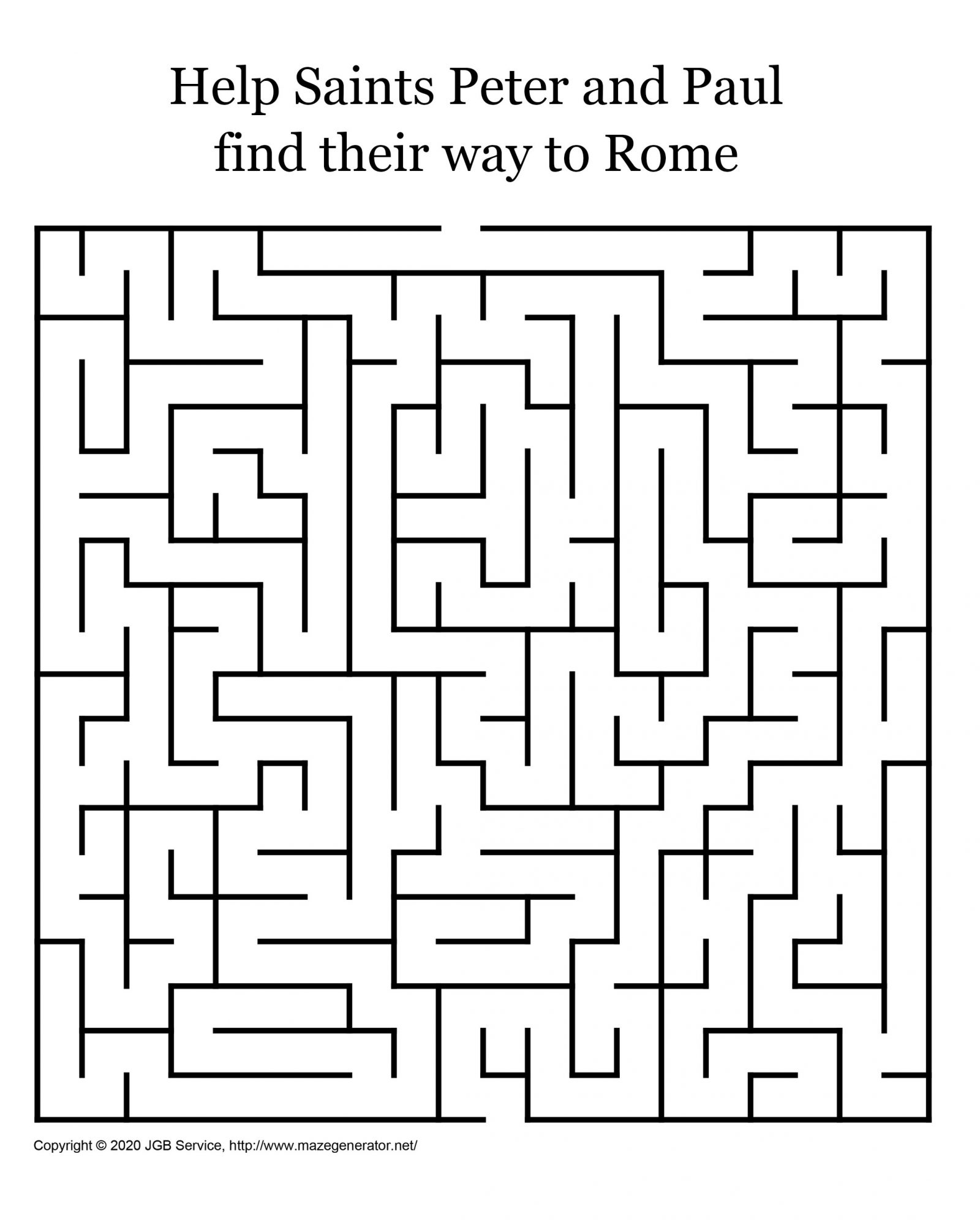 We celebrate The Feast of Saints Peter and Paul on 29th June, in honour of their martyrdom. It’s a major feast day, celebrated with the highest solemnity and in Italy there’s even a national holiday on this day. It’s believed that Peter and Paul were martyred in Rome by Emperor Nero, at around the same time, which is why this feast is for both of them.

However, there’s a lot more that links them:

Saint Peter was one of Jesus’ disciples, who Jesus trusted to lead the church after he had ascended to heaven. Peter means Rock, he was a solid foundation for the Christian faith. Peter baptised many people and eventually became the first Bishop of Rome.

Saint Paul was originally called Saul and persecuted Christians but he had a vision while he was on the way to Damascus and became a Christian himself, he also changed his name to Paul. The New Testament has lots of letters from Paul to different Christian communities – Romans, Colossians, Corinthians and many more. He wrote to them to explain the Gospels and teach them how to lead a Christian life.

In Peter and Paul we see Leadership in different forms.
Peter leads the early church in a physical sense through organising the community and baptism.
Paul leads through writing and teaching.

Keep up to date with service times, events, and news subscribe below

This website uses cookies to improve your experience while you navigate through the website. Out of these cookies, the cookies that are categorized as necessary are stored on your browser as they are essential for the working of basic functionalities of the website. We also use third-party cookies that help us analyze and understand how you use this website. These cookies will be stored in your browser only with your consent. You also have the option to opt-out of these cookies. But opting out of some of these cookies may have an effect on your browsing experience.
Necessary Always Enabled
Necessary cookies are absolutely essential for the website to function properly. This category only includes cookies that ensures basic functionalities and security features of the website. These cookies do not store any personal information.
Non-necessary
Any cookies that may not be particularly necessary for the website to function and is used specifically to collect user personal data via analytics, ads, other embedded contents are termed as non-necessary cookies. It is mandatory to procure user consent prior to running these cookies on your website.
SAVE & ACCEPT